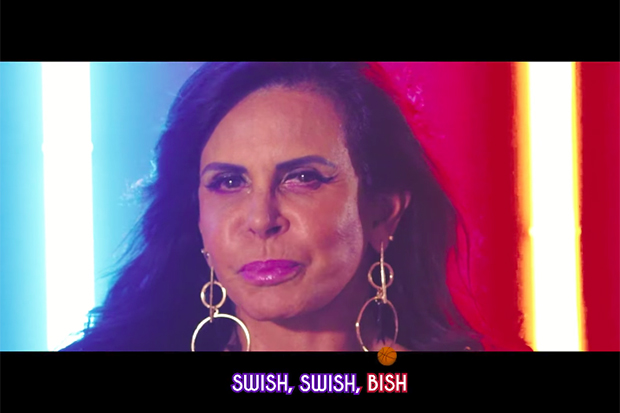 Can someone please explain why “Swish Swish” isn’t number one? It’s a certified bop with a viral lyric video and a string of amazing live performances, but is still languishing outside the top 40. Perhaps a new remix from Cheat Codes will give the song a burst of momentum. The producers behind “No Promises” excise Nicki Minaj’s verse from the song and implement a massive drop. It’s a little jarring at first, mostly because it feels like the BPMs have been turned way down, but it’s nice to have an official club overhaul.

Does the arrival of the lyric video and remix package mean there’s still life in “Swish Swish” or is this Katy’s way to winding things up? It’s hard to say. For a while there it looked like Katy was quietly moving on to the next single with “Save As Draft” being sent to adult pop stations. She has also singled out “Hey Hey Hey” during her UK promo tour, perhaps a sign that it’s going to be the next official cut from Witness. Time will tell. In the meantime, listen to Cheat Codes’ remix below.